Los Angeles, the City of Angels. Mmmmm, not exactly.  I had always thought of L.A. as a decadent city of class. After I accidentally moved there, I realized my imagination had gotten the best of me. Had it not been an interesting job living and working with Kirstie Alley that kept me there, I probably would have stayed in L.A. for a lovely vacation and then gone back to London, as originally intended. However, one week turned into one year, and as a result, I now have a plethora of advice to share with you here.

If you love movies and are dying to get a peek inside Hollywood, then you certainly have to go to Los Angeles. For the rest of you that are simply interested in checking out The Golden State, I personally feel there are far more beautiful and interesting places for you to visit, such as San Diego, Santa Barbara, or San Francisco. Los Angeles has an incredible climate, but the city itself has a cheap feel to it despite its expensive price tags. To boot, there isn’t so much to do in Hollywood unless you want to get a palm reading from one of L.A.’s astrologist-life-coach-channeller-stone healers, which will cost you much more than your good sense. It is an inordinately spread out city of chain store conglomerates and tourist traps and, unlike New York, it has a nightmare public transportation system and the car traffic, well, it’s BAD.   Getting from point A to point B can either initiate early onset hair loss or turn you into an alcoholic.

With that said, there are some good things about Los Angeles. For one, the natural plant life is stunning and there is always something in bloom. Beverly Hills is also striking, but these days it is a tour bus jungle and its residents aren’t so favorable about this reality. It does have phenomenal restaurants with equally phenomenal prices, but if money is no object, you will be pleased with the myriad of options. I personally think the best thing about L.A. is its proximity to beach towns like Venice and Santa Monica. You can be on their wide, sandy beaches within forty-five minutes by car and from there you can start a scenic drive up California’s Pacific Coast Highway and away from the madness.

For the business traveler flying into L.A. for a week, you will certainly find nice hotels and distinguished places to eat, but for those of you in search of a charming and more affordable experience, keep your foot on the gas pedal.

Here is a list of worthy Attractions, should you find yourself in the city of Los Angeles.  Because the city is so spread out, I have focused on four areas for you to stay and play in, which you will find below.

Areas of Los Angeles to Stay In

The Love of the Last Tycoon by F. Scott Fitzgerald
The Barbarian Nurseries by Héctor Tobar
Secret Stairs by Charles Fleming
Ask the Dust by John Fante 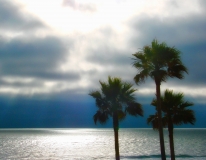 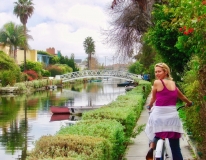 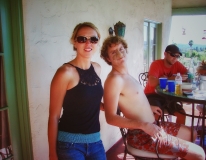 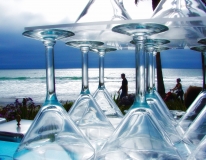