San Francisco is like Los Angeles’ funky half brother. They’ve got the same Mom, but she spent some time in the free lovin’ Haight-Ashbury district during the 60’s so they’ve got two different Dads, Don Juan and Bo. Los Angeles has the climate, but San Francisco has got the sultry fog, the breathtaking vistas, the runaways, the entrepreneurs, the wayward souls, the cool architecture, Alcatraz, the Golden Gate Bridge, and Chinatown.  Not to mention, their next door neighbors are Pt. Reyes National Seashore and Napa Valley.  Its the step brother you hate to love, but you can’t help it.  He’s JUST. SO. COOL.

As it is an international city, people sort of keep to themselves, but not in an unfriendly way. Should you need to ask someone directions or let them know they have toilet paper stuck to their foot, they will kindly respond. With that said, its worth noting that people can get quite snobby about their coffee here, and if you don’t drink it, I’d consider faking it while you are in town. Much of the city buzz (no pun intended) happens in or around coffee shops and telling someone you don’t drink coffee can become a re-creation of that moment in the movie when the record skips and everyone turns to look at the weirdo from outer space. You can quickly redeem yourself by saying, “What I meant to say is that I don’t drink coffee unless it is Blue Bottle.” Handled. You just won yourself a spot in the cool crowd.

Creativity and self expression are alive and well in San Francisco, so don’t be alarmed if you find yourself suddenly among hundreds of people wearing lingerie, holding chainsaws and protesting Victoria Secret because its monthly catalog isn’t printed on recycled paper. You can’t fault them. San Francisco is keeping the love and pervasive buoyant mood alive, and unlike L.A., the only traffic jams here tend to be caused by Prius drivers insisting that the other Prius driver go first.

It is also fair to say that you may want to do a few calf raises before you come to San Fran because you will be met with hills, hills, and some more hills. The good news is that you can walk everywhere, so no need to worry about renting a car. If your calves aren’t up to the task, you can hop on the Bart (subway) or one of San Francisco’s famous cable cars and easily get to anywhere in the Bay Area.  I’ve picked a couple of areas to focus on with regard to where to stay, eat and imbibe based on what I think are the hippest neighborhoods of the city.

Ok, so now that it is clear that there are drinks to be drunk, merriment to be made, and stories to be told in San Francisco, here is a list of cool Attractions to set you in the right direction.

Areas of San Francisco to Stay In

Tales of The City by Armistead Maupin
The Golden Gate by Vikram Seth
Infinite City: A San Francisco Atlas by Rebecca Solnit
Virgin Soul by Judy Juanita
On The Road by Jack Kerouac 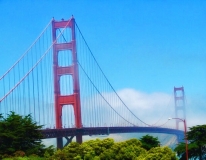 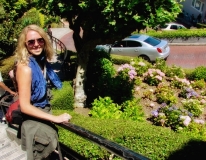 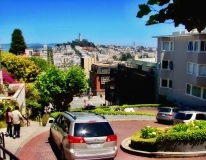 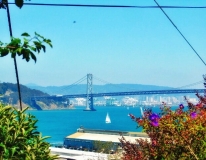 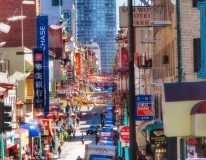 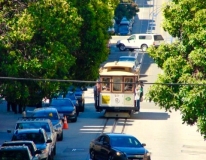 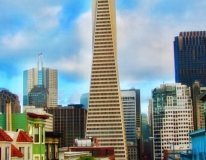 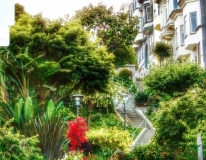 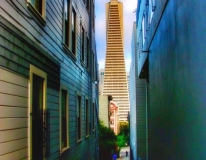 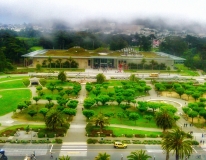 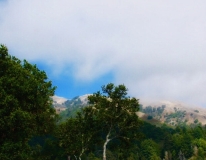 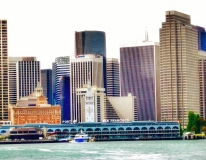 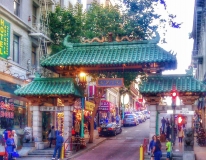 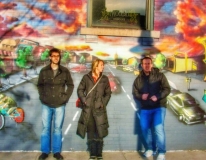 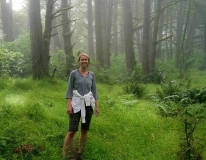