Everything they’ve told you is true: Ireland is a stunner and has a beneficent magic about it that permeates everything. It may be a small island, but with its breathtaking landscape and plethora of cultural expressions, it leaves a lasting impact. It is truly an enchanted land that you should put in a top position on your bucket list, and for which I will plead my case starting now.

Let me begin by noting that it is quite appropriately nicknamed the ‘Emerald Isle’. That is because never in your life will you see a blade of grass greener than those in Ireland. And by green I mean electric green, as if the land is plugged into a power source somewhere. This radiant grass would of course explain why the Irish cows are literally beautiful. Which, of course, explains why Irish dairy cannot be reckoned with. And it all starts with the magic Irish grass.

And that magic grass runs all the way down to the Cliffs of Moher and ancient stone henges in Kerry and back around to the Blarney Stone in Cork and up through the GAA fields of Stradbally, clear up to the Giant’s Causeway in Antrim and back down through the rolling hills of Connemara and straight over to the Republic’s capital city of Dublin.

There are so many incredible places in Ireland to see, but for now Dublin gets the main stage. It is the capital of the Republic of Ireland and for such a small city it’s got a big personality. It has survived Viking attacks, the plague, and devastating fires only to come out on the other side mightier than ever. It has castles, grand urban parks, a beautiful coastline, one of Europe’s oldest universities and, of course, Ireland’s legendary brew, Guinness. It’s a complete sensory experience and the culture there bubbles with ebullience. This infectious spirit is everywhere and no matter if you are traveling with friends or traveling solo, you’ll always meet a kind soul who is up for a good chinwag over a pint of Guinness. Click on my DUBLIN TO-DO LIST to find out where to go and how to get the most out of your visit.

The Irish are known for being a friendly bunch, and rightfully so, but ‘friendly’ is a bit of an oversimplification.  I would start by saying they are suspicious first and friendly second.  At the beginning they might look at you with a side-glance because you’ve got a funny accent but once the ice has broken and they’ve decided they like you, they’ll be inviting you over for dinner that evening.  But let’s be honest, you’ve also got grounds to be a bit suspicious at first.  It’s not unlikely that they’ll try to convince you to get in their bloody cold ocean while you’re in town.  That is because many Dubliners strip down to their skivvies and jump into the freezing-ass-cold Irish Sea every day of the year for ‘health purposes’, which certainly deserves a side-glance or two from your end.

When I lived in Dublin I worked as a physiotherapist and I had half of my patients trying to convince me that the best thing I could do for myself would be to go swimming in the just-above-freezing sea water daily. One of these patients had even been bitten on the foot by a seal while swimming and they still went every day. They say getting in and out of the cold sea is healthy because it ‘flushes your organs’ and I guess the Irish liver could use a good flushing once a day because that is about as often as they are in the pub.

The Irish pub is where it all happens. Life, I mean. It is at the very heart of their culture. Where I grew up in the Deep South of the United States, it was considered that drinking alcohol would get you a first class ticket straight to hell, but on Sundays in Ireland the congregation goes to the pub after church and spends the day there singing songs together. Kids -n- all. ‘The whole lot’, as they say. And it is truly a glorious thing.

Irish pubs often break out in ‘singsongs’. I remember once I was with a special soul that took me out for the evening when I first moved to Ireland, and when I say “out”, he really took me in, through a little nondescript wooden door that was in the middle of an old stone wall. On the other side we emerged somehow into a pub where everyone was drinking pints and singing Irish folk songs – the entire bar was joined in song for hours. It was magical. I had never seen anything like it before and I stood there with tears streaming down my cheeks because not even in my wildest imagination could I have dreamt up something so wonderful. Music is an inherent part of the Irish culture and they take it with them everywhere they go.

The Irish are spirited folks, but very down to earth and there are little formalities there. I once met the Taoiseach (prime minister), Enda Kenny, in a pub and I walked up and introduced myself and asked him if I could tell him why I thought Ireland should vote no on the austerity measures they would be voting on in the coming days. He happily listened and invited me to sit and have a pint with him and the group he was with. In the U.S. the president doesn’t leave home without secret service and a bulletproof motorcade, so there is absolutely no chance that,

But in Ireland it’s possible: they leave the bulletproof motorcades and formalities to the ‘Yanks’.

It is true that Dubliners like a good pub, but with that said I can tell you I did not meet the Taoiseach in Temple Bar. That’s because Dubliners themselves don’t go there. In reality, this quarter is probably the least authentic part of the city. Apart from a few select spots, Temple Bar is considered tourist territory by Dubliners, who steer clear of its expensive pints and souvenir shops selling stuffed leprechauns. You’re almost always best getting off the beaten path. That is my golden rule for every city and Dublin is no exception.

Once you find a nice pub to settle into, you’ll quickly notice there are quite a lot of profanities flying around your head. Don’t worry, it isn’t directed at you. In general the Irish just swear. A lot. Think of it as more of a verbal tic than a sign of aggression. It makes an impact and adds a bit of color to their story. Some of the words may sound abrasive but are actually lighthearted. Let’s take ‘feck’ for example, not to be confused with its cousin spelled with a ‘U’. As expletives go, feck is a family-friendly, playful word and serves a broad range of linguistic purposes. I once suggested to my boyfriend that he tell his mom that he loves her more often. The first time he did she smiled and responded with, “Oh feck off would ya.” In American English terms that would translate to “I love you too.”

I realized soon after moving to Dublin that British and American English vocabulary vary greatly. The Irish have words that don’t exist at all in American English (i.e., eejit, delph) and sometimes the words do exist but have an entirely different meaning (i.e., fanny). One afternoon I was sitting in the car with my before-mentioned boyfriend and his mom and I couldn’t sit comfortably because I was sore from a long run so as I was thinking out loud, I said that I needed a massage on my fanny. Needless to say that didn’t go over so well… It’s worth familiarizing yourself with potential word flare-ups before you head over so you don’t completely mortify yourself.

As for when to go, Dublin is beautiful all year round but during the winter months the days are really short and during the summer months the lines are really long. May has always been my favorite month of the year there not only because there aren’t so many tourists yet but also because the beautiful gorse bushes are in full bloom and the rains have slowed…a bit. With that said, the magic of that land can and will bestow all four seasons upon you in one day, so it’s best to always come prepared.

Everything about the Emerald Isle is indescribably unique. The possibilities are endless, the moments are never dull and it has some of the most magnificent landscapes this earth can offer. But I would argue that the best part about the entire adventure is that no matter where you are, when you go or what you’re doing in Ireland, you’ll be embraced by their passionate spirit.  Perhaps you’ll leave a toe tapping fiddle player or a poet.  Their music and their laughter are so contagious that whether you stay for three days or three years, you’ll undoubtedly leave a different person than the one you were when you came.

In case you missed the link for my Dublin To-Do list in the text, here it is again: Dublin Attractions

*But I would always advise getting off the beaten path and stumbling upon a corner pub full of locals. 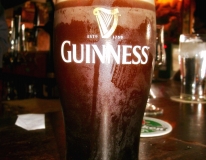 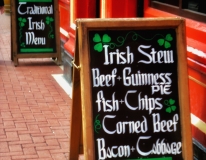 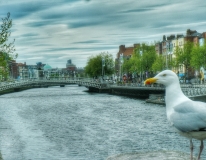 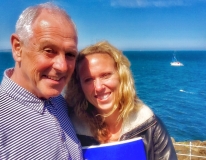 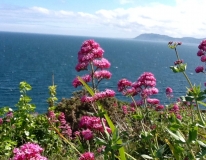 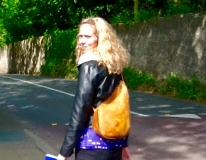 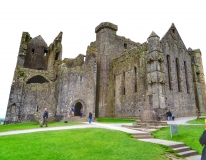 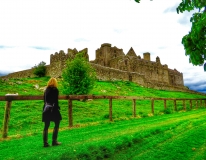 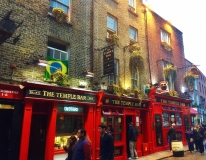 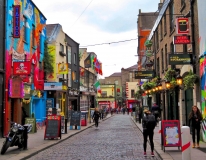 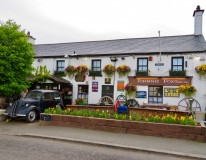 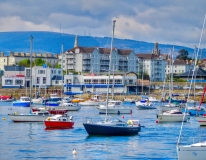 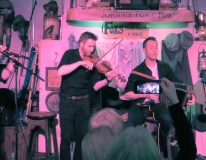 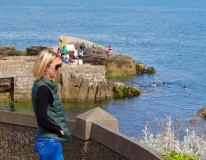 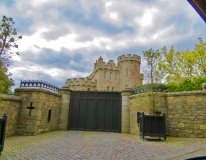 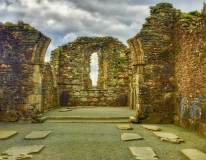 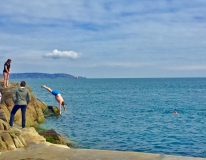 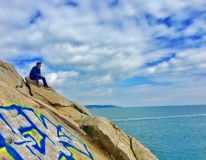 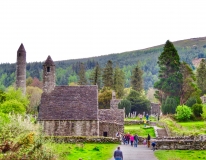 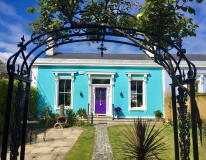 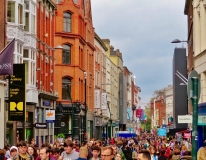 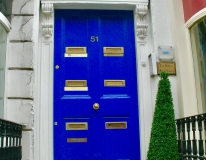 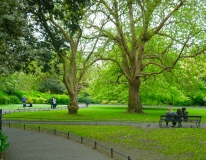 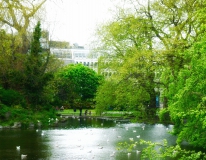 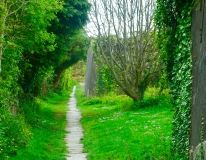 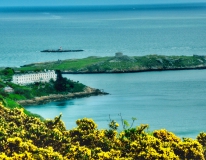 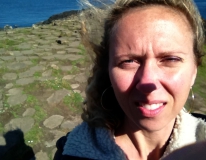 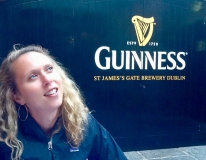